Some interesting news this morning: for the first time, a group of researchers has reported on the essential role that a specific protein, called Ufbp1, plays in the development and function of plasma cells.

Now, we don’t really need to know all the complicated steps involved in this process…Here’s what’s relevant to us: when Ufbp1 becomes upregulated (that is, when there is too much of it),  the development process of plasma cells can go wacky and give rise to allergies, autoimmune diseases, and, tada!, multiple myeloma.

Therefore, if researchers can find a way to manipulate and control the expression of Ufbp1, they might be able to come up with new treatments for all these conditions.

In this Science Daily article, the paragraph on multiple myeloma is the third from the bottom: http://goo.gl/zqP5dY

The full study is available for free at this link: http://goo.gl/2gspSe

Unfortunately, I don’t have time to read it today, the entire thing, I mean…but I thought that I’d go ahead and post about this discovery, which could, potentially!, have an impact on the field of myeloma treatments…not now, of course, but in the future…

As the SD article states, in fact, this discovery could lead to “the next generation of multiple myeloma treatments,” to which I would add, “preferably (!) a much less toxic generation compared to previous ones…” 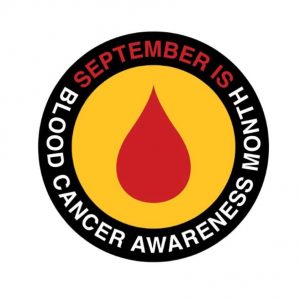 When, many many years ago (19, but who’s counting? 😉 ), my doctor uttered those two words, “mieloma multiplo,” I thought he’d said: “melanoma.”
Who’d ever heard of multiple myeloma???
Ahhhh, how things change!!!
And today, thanks to my research, mixed in with quite a bit of determination (stubbornness?), and, oh yes, quite a bit of luck, I’m doing okay:
No CRAB symptoms.
No conventional treatments.
Just…curcumin (mainly).
And, for sure!, lots of awareness!!!

I have read that firefighters in general are three times more likely to get cancer because of their exposure to toxic chemicals that they inhale and that also get stuck in their clothing. But it really saddened me last week to read a recently published report about the 9/11 firefighters…

In this NBC News article, multiple myeloma is the first cancer mentioned: goo.gl/XaZJsa

The fact that so many of these brave people were being diagnosed with MGUS and MM is actually not the news of the day. I’ve been reading articles about this for years now. But, as I wrote above, there is a new study, published last week in the Journal of the American Medical Association (JAMA Oncology: ) that officially confirms this terrible trend.

And I quote…The JAMA “study shows that WTC exposure may be a risk factor for the development of multiple myeloma and its precursor disease.”

Here’s the link to the actual (full) study: goo.gl/BcyEqn

My best wishes to them and their families.

I just finished reading a fascinating New York Times article on the immune system and thought I’d post the link. Remember my April 5 post, “The gut factor,” on the connection between gut bacteria and cancer? Well, this article provides more food for thought in that same area: http://goo.gl/cVDygk

Note: toward the end of the article, there is a reference to the Epstein-Barr virus and the risk of developing multiple sclerosis. No, no mention of multiple myeloma. However, I still think it is of interest to those of us who have had EBV in the past and would like to know about any possible repercussions…

P.S. By the way, since I have received a couple of condolence notes, I thought I should mention that my mother is not only alive but is actually doing a bit better these days. She has begun eating a bit more, gaining a bit of weight, and seems more interested in interacting with others. When Stefano and I left the U.S.A. to return to our home in Florence just a few weeks ago, her situation seemed hopeless. I didn’t think she had long to live, to be honest.

As I was looking through the new edition of “Blood” yesterday, I came across an interesting historical overview of multiple myeloma by Dr. Robert Kyle (with whom I have spoken by phone and been in touch with occasionally since 2005: an extremely nice, kind, reassuring doctor) and Dr. Vincent Rajkumar, Mayo Clinic in Rochester.
The full text is available online: http://tinyurl.com/2r7gw3, so I won’t go into any detail. I would like to mention, though, that I am very glad that myeloma is no longer being treated with leeches…

Interesting read. However, I hope it won’t take another 50 years for this history of multiple myeloma to have a chapter on curcumin and other natural, non toxic treatments. Oh, and while we are at it, how about a chapter on the non toxic cures: cyclopamine or DMAPT, the myeloma stem cell terminators?

Well, so much for giving up research for a few days.

But last night Sherlock sent me a new “Blood” study that perked my interest. You can read the abstract here: http://tinyurl.com/264753 And, as usual, I would be happy to forward the full study to anybody upon request.

1. I am always wary of statistics, of which this study is full. Lots of numbers! My head was spinning at one point…

That said, the study contains some interesting information. As follows.

The International Myeloma Working Group analysed 10,549 myeloma patients for this project. 17 institutions and study groups from North America, Japan and Europe participated in the study, which covers the period 1981-2002. Most of the patients were from Europe.

The authors “report the presenting features and outcome after conventional and high-dose therapy in 10,549 myeloma patients and compare the findings obtained in 1,689 patients less than 50 years of age with those of 8,860 older patients.” 70% of all the patients had participated in clinical trials (7,413 people). Stage of the disease was assessed using the International Staging System, or ISS (see: http://tinyurl.com/2ab8sw), and the Durie-Salmon system, see: http://tinyurl.com/ytcqe9

“Median age of all 10,549 patients combined was 60 years.” 1,689, or 16%, were younger than 50 years of age. Most of these were between 40 and 50. Only 312 were younger than 40, and 27 younger than 30.
Younger patients had fewer adverse prognostic factors such as low albumin and high B2M (beta-2 microglobulin). They also scored better than older patients in terms of haemoglobin, C-reactive protein and creatinine. The two groups (a. more than 50 years of age, b. less than 50) had comparable levels of LDH and bone marrow plasma cell infiltration, which indicated “an absence of a major difference in the biology of the myeloma clone between young and older patients.”
Interesting bit of information about the <40 group: most of the patients, 67%, were male. The authors speculate further on that it could be due to “increased androgenic sex hormone levels in young males.” No difference, however, between male and female patients.
Risk of death was higher in the older patients. Now, excuse me for pointing out the obvious, but had the reverse had been found, i.e. that younger patients died at a higher rate than older ones, that would have made no sense, right? So the following bit of news hardly seems to be earth-shattering: “Better outcome in the younger cohort was seen in all three ISS stages and was independent of gender.”

In particular, “High-dose chemotherapy with autologous stem cell transplantation resulted in a higher relative excess risk of death in the older patients (median survival 5.7 years) compared to the younger patients (7.5 years). Similarly, the observed 10-year survival rate was significantly higher in the younger patients (43% versus 29%, logrank P=.005). Relative survival was similar in the subgroup of patients aged 40 to <50 years versus that of very young patients, both after conventional chemotherapy (4.4 years versus 4.7 years) and after autologous transplantation (7.3 years versus 7.5 years) (relative excess risk estimate: 1.09 and 0.93, respectively). And 10-year survival rates were also similar, both after conventional (21% versus 19%, P=.37) and after high-dose treatment (44% versus 38%, P=.76, by log-rank test).”

Sorry about all these long quotes, but it’s difficult to summarize numbers!

And now we get to the final part of the study (I skipped a lot of the numbers, eh!), and, you guessed it, here is another long quote: “The most important finding in this study on 10,549 patients with multiple myeloma was the significant differences in the presenting features between young and older patients. Young patients presented with significantly lower ISS stage and consequently had less frequently elevation of ß2-microglobulin and reduction of low serum albumin levels. In addition, significantly fewer younger patients presented with poor performance status, anemia, renal impairment, or increased CRP levels. Older patients, in contrast had a greater prevalence of less favorable prognostic factors. Hence, both a lower ISS stage at diagnosis and overall better prognostic factors seem to account for the superior survival in young patients treated with high-dose therapy after correction for differences in life expectancies, with age remaining an independent risk factor for patients treated with conventional therapy.” Another finding was the low number of young patients: only 0,26% were younger than 30 years of age. Young age was associated with longer survival.

The study concludes that “myeloma patients less than 50 years of age had significantly longer age-adjusted survival both after conventional and high-dose therapy (5.4 and 7.5 years, respectively) in relation to older patients (3.7 and 5.7 years, respectively). Given the fact that thalidomide and other new drugs were not available for the great majority of patients, the 10-year survival rate was remarkably high in young patients after conventional (19%) and high-dose therapy (43%). The major factors accounting for this improved outcome of young patients were presentation with a lower ISS stage at diagnosis and other more favorable prognostic features.”

Even though, as stated above, I am wary of statistics and take them with a grain of salt, I admit that I would really like to read a similar statistical analysis concerning those of us following alternative treatments. Perhaps some day…who knows?