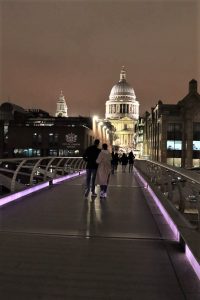 Lately, I’ve been so caught up with stuff to do that I haven’t had time to post anything, not even a simple, quick post about our recent long weekend trip to London, which mainly turned into a Harry Potter tour (see last photo…and yes, I stood in line for about a half hour so that Stefano could take a photo of me waving a wand at Platform 9 and 3/4, King’s Cross station; I now am also the proud owner of a lovely Gryffindor scarf, currently my most precious possession 😀 ).

Note: we also met with a good British friend of ours AND visited a couple of museums. OThe best, though, was our tour of Westminster Abbey that included the Queen’s Diamond Jubilee Galleries, which were opened to the public less than a year ago after having been locked up for 700 years! How about that…

These Galleries are located in the medieval triforium, 52 feet above the Abbey’s floor (great views of the Abbey from up there, as you can imagine!!!). 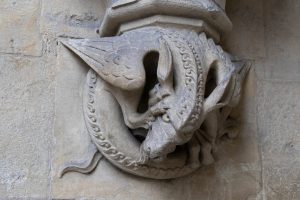 In addition to the views, there are many fascinating artifacts to be seen in this lovely four-chamber “attic,” such as Queen Elizabeth I’s corset (no kidding…I couldn’t believe my eyes, either…)…but the thing I enjoyed the most was walking among the glass cabinets displaying the wooden effigies of dead kings and queens, some still with painted faces, eyes staring into space. Yes, rather eerie, but oh so interesting.

As I recall, the effigy custom began in the Middle Ages and lasted until the 18th century. In short, the fully dressed (wigs included) wooden effigies of dead monarchs were placed on top of their coffins for the funeral processions. I’d never seen anything like it… 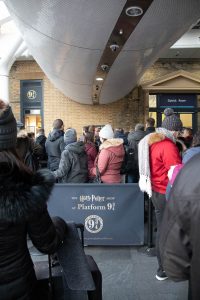 So yes, lots of things to look at in the Galleries, including Mary II’s 17th century coronation chair, covered with graffiti carved by Westminster schoolboys and visitors in the 18th and 19th centuries…Hah, this happened even back then, eh!

Unfortunately, no photos allowed in the Galleries (when I found that out, my expression pretty much mirrored that of one of Westminster’s stone dragons, see photo no. 2, above), but, no worries, you can find heaps of photos online.

Anyway, let’s set London aside for a minute.

I’ve been looking (again!) into how our circadian rhythm can affect how we absorb certain supplements. This is certainly not the first time I’ve posted on this topic…In fact, I just re-read my November 11 2007 post, which deals with a study linking circadian rhythm to chemo drug absorption. That is, an important factor in the administration of chemo drugs should be time of day…I wonder how many hospitals take circadian rhythm into consideration…?

Anyway. It seemed logical to me, even back in 2007, that the same would apply to anything we swallow, including our supplements, of course. Aspirin, e.g, is best taken in the evening, when it will not do as much damage to the lining of our stomach.

So there’s lots to be said for the circadian rhythm. I’m reading some more recent studies on this topic, but boyohboy, some of the jargon makes my brain go into DEEP sleep mode. I must persevere, though, because I might just find a pearl buried somewhere…

Has anyone done any research on this topic? I’d love to hear from you!