I would like to start out by thanking all the comment-writers. I REALLY enjoy receiving comments. For one thing, it tells me that my posts are actually being read! 😉 For another, many of your comments have given me research fodder. Case in point: a recent blog comment posted by a listserv friend about one of his newsgroup correspondents who had developed tongue cancer but couldn’t figure out HOW. He had a healthy, physically active lifestyle and had lived in Asian countries where his diet consisted mainly of hot spicy food. His oncologist told him that his tongue cancer had been caused by those very spices. The first thought that came to my mind was ridiculous!

Spices, as I have previously reported, have well-known anti-inflammatory and anti-cancer properties as well as general healing effects. However, I did go online to see if I could find a study that connected spices to any type of cancer. The result: nothing. Not one study. That doesn’t mean such a study doesn’t exist, of course, so if anybody has more success than I had this morning, please let me know. Did the cancer patient in question smoke, chew tobacco, or drink alcohol? Those are the three main listed causes for tongue cancer (that I found).

Just because you have a healthy lifestyle doesn’t mean you won’t get cancer. Indeed, a close member of my family had a terrible diet, drank quite heavily and smoked but was always as fit as a fiddle and died in her early 100s. It doesn’t make sense, but there it is.

A final point: spicy doesn’t necessarily mean HOT. I cook frequently with turmeric and other mild spices, which don’t set your mouth on fire but leave you with a pleasant sensation and aroma in your mouth: spice without the bite!

I love the Internet! I begin with a research idea and frequently end up going in an entirely different direction. This morning, for instance, I was going to do some more research on the bioavailability of curcumin but came across a fascinating study (http://tinyurl.com/2fh26z) titled Effect of heat processing of spices on the concentrations of their bioactive principles: Turmeric (Curcuma longa), red pepper (Capsicum annuum) and black pepper (Piper nigrum). Researchers tested these spices using three different home cooking methods: in boiling water for 10 and 20 minutes, and in a pressure cooker for 10 minutes. The greatest loss of curcumin occurred in the pressure cooking process: 53 %. Good thing I don’t own a pressure cooker, I guess!

The spices were heated separately and also with tamarind powder, an acidulant, and red gram, a legume also known as pigeon pea. The losses were still significant, although the combination turmeric-tamarind reduced the pressure cooker loss to 34 %. I have been cooking with turmeric and red pepper for a long time. (Since taking curcumin with piperine capsules, though, I no longer add black pepper to my food.) I will now make sure that I don’t overcook these spices, but add them at the last minute. I certainly don’t want to lose too many of their beneficial properties.

I was looking up the medicinal properties of honey and came across a fascinating bit of news by pure coincidence. In 2006, an Iranian pharmacist administered bee venom therapy (BVT) to a patient with MM. The patient improved considerably but, as soon as the venom therapy was stopped, his markers worsened (http://tinyurl.com/3dyj3l). I have not been able to get my hands on the particular study, so if anybody has access to the March 2006 issue of the Journal of the American Apitherapy Society, please let me know! Bee venom is no joke, as I quickly discovered. It stimulates the body to release cortisol, a natural steroid, and is being used to treat multiple sclerosis and rheumatoid arthritis.

Researchers at CSIRO Molecular Science in Western Australia have been trying to modify bee venom to develop cancer treatments that would target only cancer cells, not healthy ones, and cause very few side effects. See: http://tinyurl.com/ywgmlx The main active ingredient in bee venom is melittin, a molecule with potent anti-inflammatory properties (according to Wikipedia, it appears to be 100 times stronger than hydrocortisone!) that attaches to the membranes of cells, causing them to collapse and die. The researchers’ task is to modify this molecule in order to prevent allergic/toxic reactions while maintaining intact its cancer-killing potential. The idea is to create an immunotoxin, that is, a combination of melittin and a specific cancer-killing antibody: melittin-MABs (or melittin monoclonal antibodies). If these attempts are successful, this might mean no more chemotherapy with hair loss, vomiting, weight loss, etc. Just think: only cancer cells would die.

A bit more research led me to the following study (http://tinyurl.com/yvgh3o) published in the International Journal of Oncology in 2003: a melittin/avidin conjugate was successfully used to reduce tumours both in vitro and in vivo. Avidin is a glycoprotein, by the way, and was coupled with melittin to reduce its toxicity. At any rate, this conjugate ignored healthy cells but targeted MMP-2 (matrix metalloproteinase 2), an endopeptidase that plays an important role in cancer metastasis and is active in MM, too. See, for instance, http://tinyurl.com/27m7wm, http://tinyurl.com/3exzcd and http://tinyurl.com/2uxeom

Bee venom, a possible cancer treatment? Who would have ever thought?! 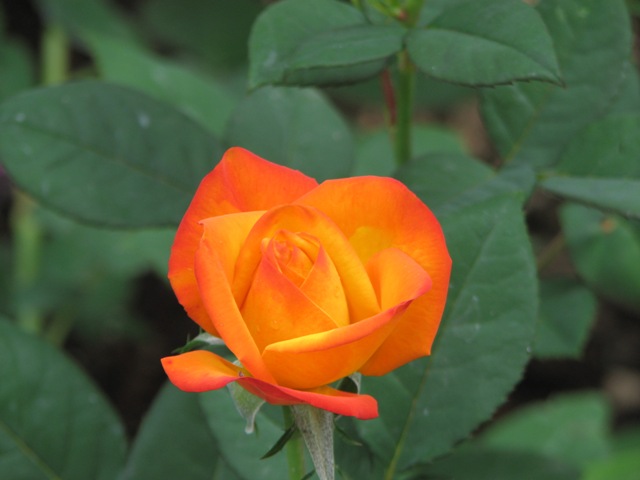 my skeletal X-rays (she confirmed that there were no lesions) and most recent blood tests. She told me that she wants to see me 4-6 months from now, and that is how she let me know that she thinks things are definitely going well. She said I should get in touch with her if something negative shows up on my next tests, but otherwise we can schedule our next appointment in the fall. Yippee!!!

An aside. Whenever I whip out my list of questions, she almost rolls her eyes in resignation. But today we ended up discussing a couple of my most recent research topics, and her final words to me were: I always learn something from you. That made my day. Perhaps my week. My month?

I have always wondered what made me so lucky (tongue-in-cheek!!!) to have developed MM from my previous MGUS condition. Well, an explanation may be close at hand. This morning I read an interesting report on immunity to cancer stem cells that might explain why some people develop a malignant condition while others do not. By the way, I subscribe to the IMF newsletter, which provided the link to this EurekAlert! (http://tinyurl.com/35smgq). Cancer stem cell research is a hot topic right now, but this is the first time I have seen it connected to MGUS-MM progression. In a nutshell, these stem cell researchers discovered that those MGUS patients who had an immune response to a stem cell protein called SOX2 (appropriate name, I would say, except I would have spelled it out a bit more: SOX-it-2U) did not progress to MM. This immunity provided them with a sort of protective shield against MM. To read the abstract, please go to: http://tinyurl.com/2tn6e2 I found it significant that cancer stem cells are the target in this study, not just regular MM bulk cells. And this discovery is could lead to a future cancer vaccine. How about that?!

I will end with a quote by research head scientist Madhav Dhodapkar, “You need to target the roots to really kill the tree, but what we’ve been doing is trimming the branches and it hasn’t worked.” I’m all for working on the roots!

After watching my little honeybee friend buzz around my raspberry plant today, I decided to write about the worrisome decimation of bee populations in the U.S., Germany and Italy, just to mention a few countries.

In 2005, the Italian Corriere della Sera reported that the bodies of millions of bees had been found dead, scattered around their hives, throughout Italy. Bees began to die in France in the late 1960s, when the molecule of an insecticide sprayed on corn and sunflower seeds contaminated the plants (once they had grown) and the bees that carried the poisonous molecule back to their hives and well, you can imagine the rest. And the really sick part? This insecticide was banned in 1999 but the producers were allowed to continue to sell their stock, rather than destroy it. This article can be read in Italian: http://tinyurl.com/2dojyh

According to a March 22, 2007 Der Spiegel article, millions of bees have been disappearing everywhere. Why is this happening? The reasons given: herbicides, the practice of monocultures, the use of genetically-modified plants. The article can be read (in English) at: http://tinyurl.com/2c5mvc In the U.S., bee deaths have reached the level of catastrophe. Yet I hadn’t read anything about it. Then, just recently, two of the alternative newsletters that I subscribe to contained reports about the bee calamity. I began to get worried.

An April 2007 article from the British Independent (http://tinyurl.com/3cutao) offers the theory that the radiation emitted by our cell phones and other gadgets is causing bees to lose their sense of orientation so that they cannot make it back to their hives. As weird as that sounds, a recent German study has shown that bees will not return to their hives when cell phones are placed near it. My husband and friends used to get annoyed with me because I always keep my cell phone switched off. Well, perhaps I was right after all. (Are you turning your cell phones OFF?)

Aside from the obvious, why am I so concerned? I use organic honey instead of sugar. I know, it’s not like eliminating sugar altogether, but honey has so many medicinal properties that it would be classified as a drug under the new FDA S1082 bill. And keep in mind what Albert Einstein said: “If the bee disappeared off the surface of the globe then man would only have four years of life left. No more bees, no more pollination, no more plants, no more animals, no more man.”